Five minutes were all it took to decide a Premier League title race that lasted 283 days in the favour of Manchester City.

This was not quite ‘Aguerooo’ mark two, but it was not far away from it as Pep Guardiola’s men won a fourth title in five years following a remarkable comeback against Aston Villa at home.

Needing a victory to keep the fate of the trophy in their hands, City found themselves trailing 2-0 as Liverpool legends Philippe Coutinho and Steven Gerrard came close to engineering a massive upset that would have presented the Anfield club with an unexpected chance to overhaul the defending champions right on the finishing line.

Guardiola called Germany international Ilkay Gundogan from his bench with time starting to run out, and the former Dortmund star proved to be the catalyst to a 3-2 turnaround, in which the Etihad side scored three times in a salvo decisive for the title race. Pep’s five-minute miracle was born.

A league of their own

Manchester City and Liverpool went toe to toe at the top of the table for the duration of the season, both picking up victories with remarkable efficiency and finishing the campaign on over 90 points.

Chelsea might have set the early pace, but injuries and a lack of a reliable centre-forward ultimately caught up with them, and amid the forced sale of the club due to Roman Abramovich’s assets being frozen, they finished the campaign by limping into an unconvincing third spot.

Indeed, there was no touching City or Liverpool, who lost a combined five games between them over the Premier League season. Not only did these sides show themselves to have the best and deepest squads, they were also the most mentally resilient, as evidenced by both coming from behind to win on the closing day of the season.

Liverpool have had a particularly gruelling season as they came tantalisingly close to having the chance of a quadruple. Jurgen Klopp juggled his squad in a delicate manner to lead them to FA Cup and League Cup glory, as well as the Champions League final, which will be played next week.

There is little doubt that this pair remain a significant step above their competitors, and it is difficult to see that gap being bridged over the summer. 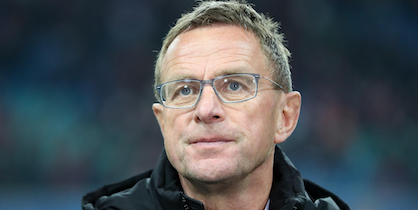 Manchester United showed they are further than anyone imagined from mounting a serious title challenge. Despite a sparkling summer transfer campaign that saw them capture Cristiano Ronaldo, Jadon Sancho and Raphael Varane, they were undone by a lack of shrewd management and dressing room unrest as they endured their worst Premier League season ever in terms of points, victories and a whole host more statistics.

Ajax boss Erik ten Hag will arrive over the summer, but the rebuild job the new manager faces will be significant. Landing a Champions League spot would be a positive start.

Heading towards a big seven?

Tottenham and Arsenal are the sides they will have to leapfrog in order to secure a top-four finish. Spurs started the season dreadfully under Nuno Espirito Santo and quickly jettisoned him to appoint Antonio Conte, the man they had really wanted in the summer.

The Italian was likely decisive as they secured fourth on the final day of the season with a 5-0 win over Norwich. Impressively, Spurs went undefeated against the top two.

Arsenal, meanwhile, threatened to bounce back into the Champions League, but given they spent more money than anyone else in world football last summer, that is perhaps the least they should have expected. Ultimately, the Gunners did not have enough to last the pace, having been left short in attack due to their failure to land Dusan Vlahovic in the January transfer window, a move they lacked a Plan B for.

Lessons still need to be learned at the Emirates, but they appear willing to stick with Mikel Arteta’s philosophy and build with this promising young squad. Nevertheless, a rejuvenated Man United represent a huge threat.

Newcastle will also provide an X-factor in the top-four race next season. Taken over by Saudi investors mid-season, the arrival of an influx of cash plus the appointment of Eddie Howe as manager transformed the St James’ Park club. Winless after 14 games of the season, they looked in a hopeless position yet finished 11th in the standings just nine points behind the Red Devils.

The Magpies will surely be well backed in the summer transfer market, so the Big Six could well become a Big Seven.

At the bottom of the table, meanwhile, Norwich predictably tumbled back down to the Championship, having never been particularly competitive, while they will be joined by Watford, whose chopping and changing of management failed to get them even close to the main pack. At least the Hornets have a 4-0 win over Man United to remember the season by.

Burnley, meanwhile, have been the watchword for stability in the Premier League in recent years under Sean Dyche, yet such was their plight, they sacked their long-standing manager in a bid to inject some late life into their season. It nearly worked, with interim boss Mike Jackson picking up a couple of key victories, but the momentum was ultimately lost, and they went on the final day.

Leeds cut it the finest when it came to survival. Having sacked the popular Marcelo Bielsa mid-season, an injury-time goal from Jack Harrison against a Brentford side that punched well above its weight all term, helped secured their place in the top-flight.

Everton, meanwhile, also flirted with the drop. They were another side to change manager in the middle of the season, but Frank Lampard was unable to extract any great improvement from the Toffees, who will face a nervous summer after a campaign in which they lost an alarming 21 games.

Now the attention turns away from the field and towards the transfer window. Clubs have just 75 days to get their squads in order before the Premier League starts all over again in August, for a season that surely cannot match the drama of what has just past.