After what will surely have felt like an endless wait, Manchester United fans are finally seeing their club’s transfer window click into gear.

Prior to this week, they had been forced to watch on enviously as rivals Liverpool and Manchester City added big names to their already vastly superior squads having both just enjoyed successful seasons.

And while the angry reaction of some Red Devils supporters to news of signings elsewhere may have seemed a little impatient, their ire was not without a degree of justification.

This is a club playing catch-up and yet, somehow, they have failed to bring in a single new face between confirmation of Erik Ten Hag’s appointment and his first training session with the club 56 days later.

Fortunately for the Dutchman, reinforcements seem to be on their way at last, with protracted negotiations for Frenkie de Jong now nearing a conclusion.

Of course, while signing the midfielder would represent a significant step forward, it is also worth noting that, as is the case with any transfer, there is no such thing as a guaranteed success.

Firstly, De Jong has not exactly given off a sense that he is desperate to move to Old Trafford, with the fact that he has been forced into this position by Barca’s precarious financials an open secret.

It is also worth remembering that he leaves Camp Nou after three disappointing seasons featuring as many embarrassing Champions League exits and just a solitary Copa del Rey success.

That said, he should not take all the blame for that poor return, and there remain several obvious upsides to his signing that could turn this into an inspired move. 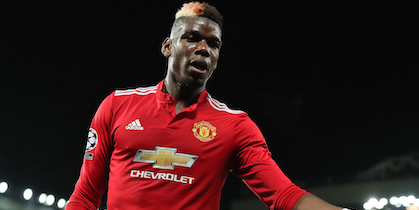 Don’t forget that De Jong was a key part of the Ten Hag-led Ajax side that shocked European football with a run to the Champions League semi-finals in 2019.

And so in moving to Manchester, he is linking back up with a manager who knows exactly how to get the best out of him as he looks to consign those Barca struggles to the past.

What’s more, were it not for the desperate need for a Camp Nou cash injection, Xavi would surely be doing more to keep hold of a major talent on the cusp of his peak years.

Admittedly, these competing notions make it difficult to predict which side of the debate De Jong will ultimately land on: becoming another expensive Old Trafford flop or emerging as the transformative signing that ushered in an exciting new era.

No resting on laurels

What is for certain, however, is that United cannot afford to rest on their laurels even should the Netherlands international be acquired.

That is because his arrival would represent little more than a good start for a club that is looking to jump from the Europa League doldrums to consistently challenging for Premier League and Champions League titles again.

For starters, it is difficult to see how one man could cover for the loss of both Paul Pogba and Nemanja Matic, who clocked up almost 3,500 minutes in midfield between them last term.

Furthermore, having lost Juan Mata and Jesse Lingard, a more forward-thinking midfielder in the Christian Eriksen mould would not go amiss.

The definition of madness

And in light of both defensive frailties and the question marks over the futures of certain forwards, links with Ajax trio Jurrien Timber, Lisandro Martinez and Antony also make sense.

Of course, it is only fair to ask whether it is sensible for Ten Hag to exclusively target players with links to his former club, but if that is what he wants then United cannot afford to undermine their new boss by saying no.

Otherwise, he faces going into his first season in charge of a squad of players who returned the club’s worst Premier League points tally somehow expecting different results.

That is the definition of madness and would consign Ten Hag’s reign to failure before it even gets started.